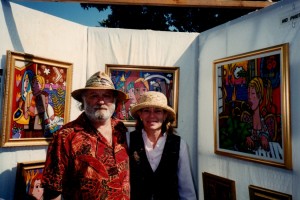 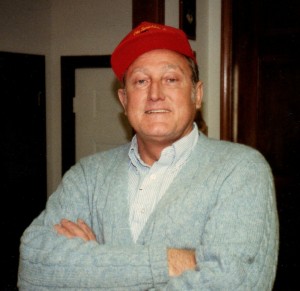 My Father greatly influenced my desire to be immersed in the arts. He made a special effort every week to take my Brother & I to at least one cultural event. We attended symphony concerts, ballet, and juried fine art shows.
I’ll never forget the first art show I went to in Atlanta, GA.
It was The Annual Atlanta Fine Art Juried Art Show in Piedmont Park.
I choose to use my maiden name of Thomas to honor him. 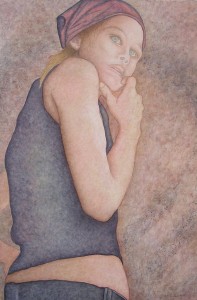 Over 40 Years ago I began my painting journey. After the usual struggle with my brushes minding me I learned that the only way I could really paint was to relax and let myself go. When I did, I found my own unique style of painting. I hope you will enjoy!

My acrylic paintings begin with a detailed pencil drawing on the canvas. The process of applying at least 20 layers of somewhat transparent paint begins. Only brushes are used. I use the white of the canvas, rarely white paint. Mediums are never used. My technique came naturally to me, as I said when I relaxed & stopped trying to paint like someone else. However, my style of painting is very time consuming!